Located in Honolulu, Hawaii, this 30 Ton Carrier chiller is the first active chiller in the world that runs with the SunTrac Solar Thermal SmartPanel™. 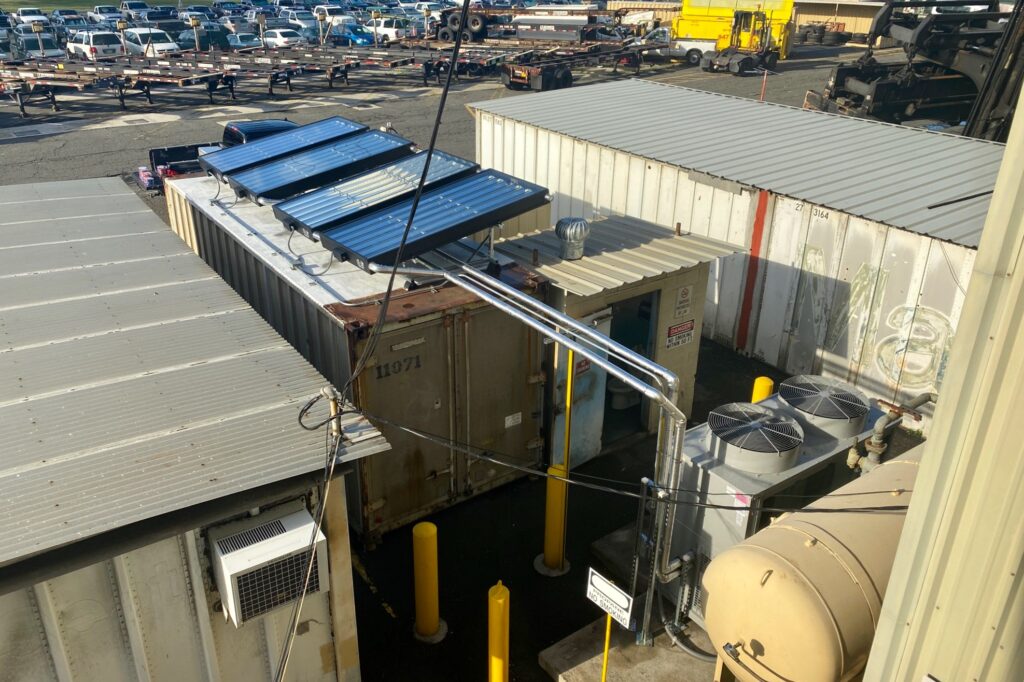 The recorded amp draw by compressors post-installation is reduced significantly. Energy savings will correspond with amperage drop to the compressors, along with reduced wear.

For the Hawaii market, this is foundational to achieving the Hawaii Clean Energy Initiative which aims to achieve 100% renewable energy reliance by 2045. SunTrac has been successfully deployed across Hawaii on all major brands of air conditioning, to now include commercial systems. The technology reduces demand charges and electrical usage, leading to less land for solar, wind, and battery, protecting the people and the beauty of the islands in the process.

Newly available meter readings from the commercial chiller indicate a substantial decrease in amp draw at a temperature set point of 28°C.